Too much happening to blog. I've been spending my weekdays working and my long weekends riding and training. I'm doing the Colorado Trail Race which starts August 2 (more later) and Lynda W. has helped me come up with a nice training schedule for it. Here are some photos of summer fun which include mostly bike-packing trips. Last weekend we went from Copper to Buena Vista via the Colorado Trail but had no room for the camera. It was a spectacular time though. These pictures are from a tour up on the Uncompaghre Plateau and we rode trails that give new name to the words "single track". Wow, were these trails covered with wildflower, cow poop and just shrubbery!

After pulling in around 11pm to our great big pine tree to sleep under. The single track was so grown over, it took us 3 hours to ride only a few miles! 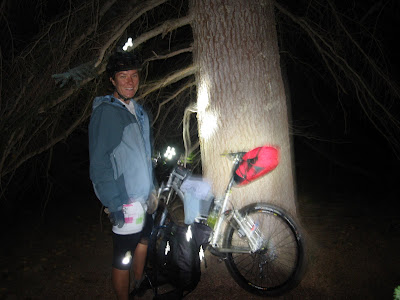 Single track that you can actually see and not endo on because of all the hidden rocks! Matt and I both had at least one such incident. 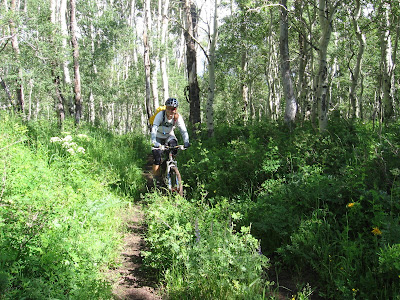 Our second night out with the tarp tent...and it did rain. Won't have such a luxury on the CTR. 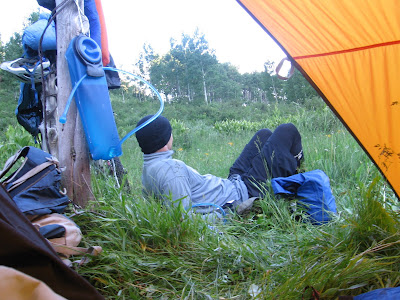 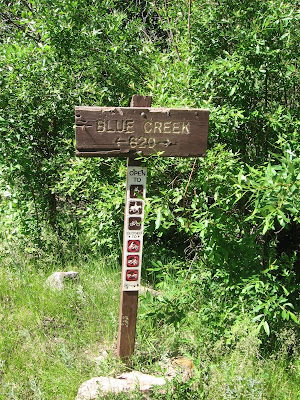 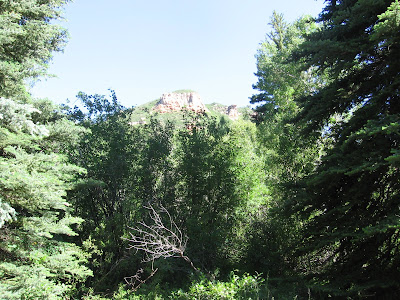