Pathetically this is the only picture of the VT 125 Matt took. The batteries died but I find the blurry shot quite appropriate. It is me finishing and it "clearly" represents how I was feeling. 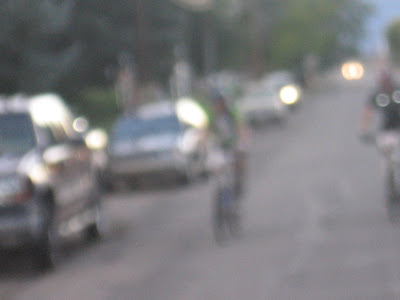 Great work! It was a tough loop for sure!

Stellar job! You're having a great year - with more to come, I'm sure.

Thanks girls and guys! I appreciate you taking the time to read.....sorry if it was a boring blog with no pics and all.

Finally found you out here in blog-land. I'm sure I'll see you at another one of thse crazy events in '09.